Thoughts on Destiny: Just Not My Destiny 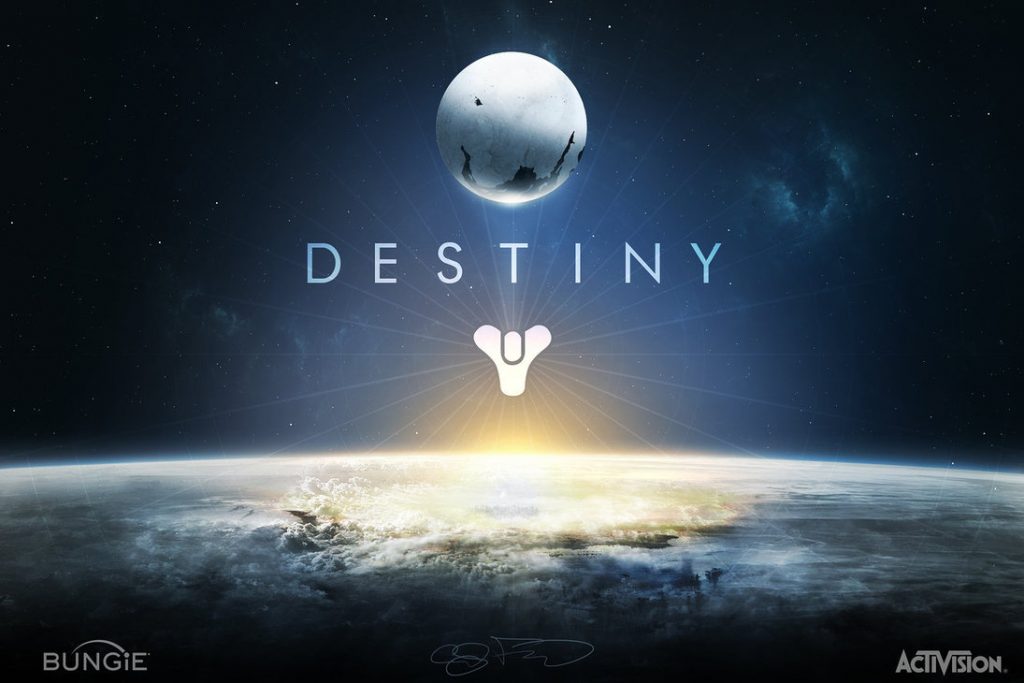 Whew! Its been a week since Destiny, the first “blockbuster” of the gaming holiday season, was released to the masses. Even a few hours after the games release, people were talking about it. However, I decided to hold off for a bit. I didn’t mention how I felt about the game to anyone. I didn’t post anything on Twitter. I didn’t even talk to my close friends about it. I wanted to see how I was going to feel about it after being immersed in the world for a few days.

Even after a week, it still fairly new that I would talk about a game so close after release. Either I barely said anything or, in the case of Spec Ops: The Line, something about the game moved me to talk about something deeper than the game itself. Now that I think about it, I don’t think I ever wrote an actual game review. I normally reserve those for gadgets.

I don’t want to look at this as a review mainly because the game isn’t finished. Now, I don’t mean that it was rushed, or that Bungie, the developers of the game, left critical features out. I’m looking at it as an RPG. Bungie has said that they plan to have this game go on for 10 years and Activation, the publisher, stating that they have put $500 million into it, this game is long from finished and I don’t think that it shouldn’t be held to the same standard as most games are because those tend to have definite endings. If you are invested, you’ll be playinig Destiny for a while and the game may be vastly different than what is currently available.

I do, however, want to take a look at the now. *SPOILERS MAY BE AHEAD (I have not played that far past were the beta stopped. Maybe 2-3 missions past that point.)*

What do I think Destiny is?

So, for those who have been living under Mount Everest (because no other rock in existence should have kept you from noticing this games release), Destiny is a futuristic (bear with me now) Massively Multiplayer Online First Person Shooter (MMOFPS <- I obviously will refer to it this way from now on, lol) in which humans are visited by a floating orb called “The Traveler” and then face extinction by a group of aliens known as “The Fallen”. You start the game at a point where you are then charged to fight back “The Darkness” (read: anything that isn’t you or your friends).

This kind of confuses me as you are later told that humans have lost the fight long before you get there. As I write this, I’m thinking maybe that you are maybe guarding what’s left of humanity, but it doesn’t seem like everyone who is supporting you thinks its gonna last long. I haven’t played much after the beta, and there isn’t much to go on at that point. For a reference, I just opened the Venus section of the game and haven’t gone there yet. Maybe there are answers there. Maybe I can find someone who has been looking at this and can tell me it isn’t as bad as everyone on Earth thinks it is. I don’t know! However, I’ll touch more on the story in a bit.

What’s so good about it?

Now the game itself isn’t that bad. Its not a  military shooter, which means a lot to me. I recently purchased EA Access, downloaded and played Battlefield 4 for one mission, then cancelled my preorders for both Call of Duty: Advanced Warfare and Battlefield: Hardline. I’ve just had enough of them. Maybe I’ll play them on Gamefly or something. That being said, the combat bad at all. Its still your typical FPS style but it has some RPG elements mixed in. My favorite is the fact that I have unlimited grenades, I just have to wait a while after I use one to use another one. There are also multiple ways to tackle a situation. Yes, in some areas, there may be corridor battles to keep things tense, but most of the fights I’ve been in have been in very open areas with plenty of cover which allow me to tackle mid- and end-level boss fights with relative ease.

Carrying on with the combat, the gear and powers that your character obtains tends to change how the battles can be fought. This also depends on the class you select as well. Oh, and did I mention that all of this, not just your character, can be leveled up? Indeed, it can! As you use your weapons and gear, they level up to open up more abilities or accessories and, with guns, ultimately increases the damage inflicted with them.

Also, a big feather in this game’s cap is that it welcomes players to be social. Seeing as this game is largely multiplayer, you can gather up a posse and go anywhere. There aren’t any parts of the game that your party can’t go with you.Saying that, I would like to stress the fact that I stated party and no just a random group of people. While you can play in the same open areas as other people in the world, once you get to certain places surrounded by “The Darkness”, the environment becomes instanced and the only people allowed you will see in there is your party (or yourself if you aren’t in a party). The game recommends that you play it with others as there are missions called Strikes that will matchmake you with other players if you don’t have at least a party of three. Also, there are Raids, the first of which was made available and conquered yesterday, will require you to have a party ready to go for the grueling challenges it has in store for the guardians who dare try to complete it.

I played a small bit of the player vs. player (PvP) mode, called “The Crucible” and seemed like your standard Team Deathmatch and Domination objectives with others that unlock the more you play.  I do like these modes as it retains most if not all of the options that you can apply on the fly in the main game in these matches and you are almost guaranteed that no two players will have the same loadouts and definitely won’t play the same

So you’ve been playing everyday, non-stop?

Not at all. Honestly, I haven’t played the game since Sunday and it has been mostly a lack of trying. Like I’ve said, the game isn’t bad and I think Bungie did a great job with it. I kind of like it better than Halo (and yes, I’ve played the Halo games, but I’ve only finished one). Its just that the things I mentioned above aren’t enough to bring me back. Its almost as if I were a guardian, I’d say “Fuck it! I get better things to do.” I’d been spending more time watching “Once Upon a Time” reruns on Netflix for most of the time.

My main complaint with the game is the story. A lot of people have pointed to it being…not terrible, but more bad than good and I’d have to agree with them. As mentioned above, almost like in real life, no matter who you talk to, it doesn’t seem like anyone has the whole story and you are left to figure it out yourself through audio files that you may discover, loading screens, are the Grimoire Cards you collect for doing various things in the world. Those are great things when you are trying to establish the lore, but doesn’t seem to good when I need to find out why I’m doing these things right now.

Also, as stated above, I’ve only just passed the beta by a couple of missions, so things may become clear as I go to more places, but it doesn’t motivate me to find out more as it seems each mission doesn’t continue on what I was doing before. It appears that in order to get the game to last 10 years, somebody decided to stretch out the story instead of adding on to it. I guess it makes sense to do that in order to explain why the enemies you fight in between expansions and raid releases are still here.

I think another issue why I haven’t played it too much is because my friends have been able to play more than I have in a shorter amount of time. They have more time to invest for various reasons than I do. As I mentioned in an earlier blog post, I’m currently trying to buy a house so this has kept me from trying to play much Destiny (or any game for that matter) as I’ve been driving all over trying to find a new place to live. So now that they are further ahead than I am, I don’t really want to join their squads as they are playing missions that won’t benefit me too much or will skip ahead in the story and leave me even more confused than I currently am.

Also, due to the social aspect of the game, Destiny needs to be constantly connected to the Internet for me to enjoy it. This becomes an issue for me because I have multiple Internet-connected devices including servers that are running which deserve a little more attention than a video game (unless nobody really cares about MajorsHouse and TheMSZero). I would have probably played more than 30 minutes on Sunday if I hadn’t been disconnected from my session and forced back to the title screen.

So, what are you saying?!

I guess what I’m saying is that Bungie has done an amazing job creating a giant world which has been keeping plenty of people coming back for more for over a week now and will likely bring more in as the game grows, if it grows. Due to how some people viewed it initially, it seems that more people will be able to enjoy the game as the barrier for entry had recently been dropped for those in certain locations. I’m not sure how long I’ll stick around. This may be something that I may pop into from time to time, but it won’t be anything that will stay in the PS4 when NBA 2K14 hits store shelves (and my doorstep).