The Major’s Retrospective on the Xbox One 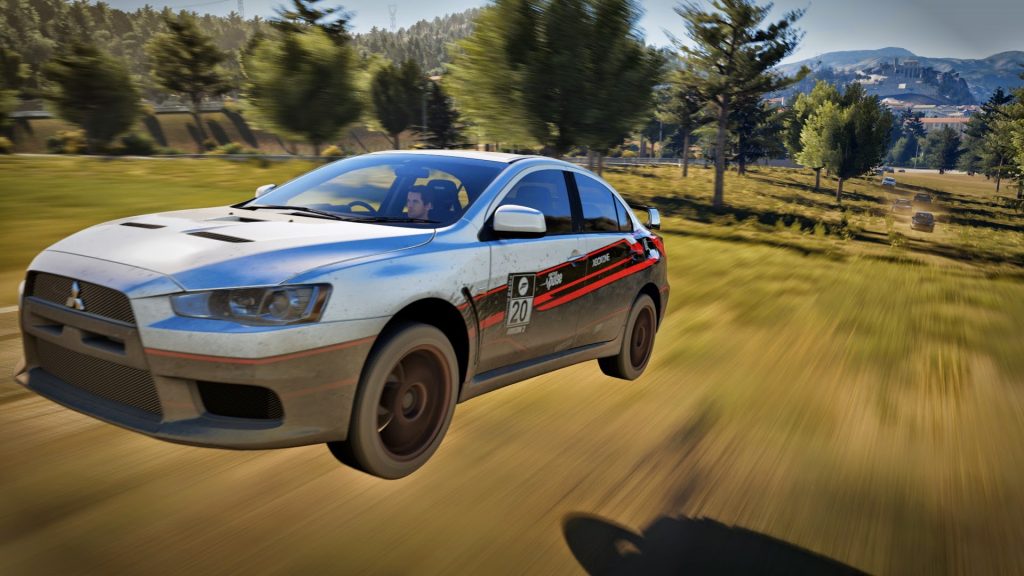 First thing first, if you haven’t read my Retrospective on the PS4, I recommend that you do. Some of things talked about in this retrospective will have some basis in the previous post.

As I stated before, this post was going to be about both the PS4 and Xbox One but, upon creating a list of pros/cons for both systems, it became apparent that it wouldn’t before to try and condense my feelings for both consoles into one post.  So, this post will focus primarily on the Xbox One and how it compares to its predecessor and how it stacks up to its more direct competitor (sorry WiiU). So, let’s dive in shall we?

When did you get it?

I purchased the Xbox One about six months after  its launch date of November 22nd when Microsoft had their E3 press event (June 9th, 2014).  I was watching the show during work and was impressed by one single title, Forza Horizon 2. I loved the first so much that when the sequel was announced for this year, I immediately put a plan into action to purchase the system as soon as possible. It also helped that that was the day Microsoft dropped the Kinect requirement and began selling the console without it which made it a little more reasonable for me even though I would later regret not owning it. And, yes, I do realized that I had bought a system over 3 months before the game I wanted was set to release. I just wanted to be ready!

What did you do for three months?

Great, now you sound like the Target employee who asked me a similar question when I turned down his offer to buy a game with the system!

One thing Microsoft and Xbox had going for them out of the gate was that they had so many content partners working with them that had come over from the Xbox 360. Unfortunately, they were all tied to the Xbox Live Gold service and couldn’t really be accessible outside of it. I had to use other means in order to get the content. Some were easy like using the PS3/4 to access Hulu Plus, Netflix and many others. Others, like ESPN (WatchESPN) weren’t as easy. I could use my Roku box, but that just lacked any type of reliability or I could have just went downstairs where my HD cable box was because I was not about to watch Sportscenter in SD.

So, have I told you how much of a magical date June 9th, 2014 was? Microsoft announced that any of their apps weren’t going to be hidden behind the paywall anymore. For me, this was the best thing Microsoft could have ever done for the Xbox platform. It was more than a flip-flop as it didn’t seem like a reversal, but like an unleashing of something that could possibly bury Sony and help boosts Microsoft’s stance as the all-in-one entertainment platform. This helped further make my decision as is what I use primarily for watching sports content even though Disney had just updated their Android app to allow for Chromecast support for WatchESPN which still isn’t as good as watching ESPN on the Xbox One.

So, why didn’t you buy it at launch?

As I have stated in the PS4 retrospective, there were a myriad of factors why I chose the PS4 over the Xbox One. After that decision was made, there wasn’t enough money to go around to afford a second one. There were some smaller things that I felt like I wanted addressed by Microsoft at the time which now seems very dumb. One of which was I wanted it to turn into a cable box.

The system was already as big as a VCR a family might have bought in the early ’90s. I felt that if I were going to own this system that, with its enormous size, it should replace things in my home entertainment system of things.  This was further fueled by the fact that Microsoft kept trying to place it as my all-in-one media solution for gaming, music, movies and television. They kept trying to sell people on the idea that you can watch your favorite television shows using the HDMI pass-through so I can connect my cable box to it and use the Kinect features to navigate my box through it. That all seemed a little redundant to me and vowed not to buy the system until they installed a cable tuner inside and worked a deal with cable companies to allow me to use my Xbox One as a cable box.

Another thing that could be addressed is the use of the proprietary accessory that’s needed to use 3rd party headsets. I think both systems still require wired headsets (PS4 Gold and Elite headsets require a USB dongle) but it would be nice to have some truly wireless headsets which I believe the PS3 could do via Bluetooth even if it is for voice chat. Another thing I would like to see Microsoft do is add support for USB microphones similar to what the PS4 does. It has more than enough USB ports so it would be nice if I could plug in my Blue Snowball and use it for streaming in a similar fashion as I do for the PS4.

While I give Microsoft props for being a software-first console manufacturer, it still seems like the system software could use a little work. While I love the UI for the most part, some system level tasks seem to show a little Windows bug-like behavior. One of the biggest things I have an issue with is trying to navigate system menus while in other applications.  The snap feature isn’t the greatest before or after they updated it and it seems like the two virtual machines that are running are constantly at odds with each other. I can see what they are going for. The snapping feature along with the overall UI is aligning the system to look like Windows 8. I like that. Its just that trying to emulate that on a console while running the VMs don’t work out. I mean, on my Lenovo IdeaPad 2 Pro, the Twitter app cuts out if too many things are happening and I’m running an i7 with 8GB of RAM.

Lastly, while I’m appreciative of the feature-adds with the updates, the way Microsoft applies updates is still as bad as ever (I’m not taking a stab at Xbox, but Microsoft in general). Now, I understand it isn’t Linux in the fact that I can still use my OS and reboot whenever the fuck I feel like it. I know that in order to ensure stability, I will need to reboot the system. I know this was set in place for those who don’t understand how computers work. However, if you are going to apply an update while in rest mode, don’t fully turn the system off. You should be able to reboot it back into rest mode. Another options, which Sony does, is download the update, notify the user when that it has been downloaded, then have the user choose if they would like to apply the update. That way, they won’t look like an idiot when trying to turn on the system by voice. This now becomes a bigger issue now that you can download and install games and apps while in rest mode. So good luck if an update comes out just before you purchase that game on Xbox’s website

Do you regret not buying the Kinect when you had the chance?

I don’t necessarily regret not having the Kinect. After I bought my system, set it up and played around with it for a few days, it felt a little empty without the aforementioned games and Kinect. While you could do everything with a controller, the voice commands could definitely come in handy during my more lazier moments or if I had to rush out of my office and didn’t have much time to search for and turn on a controller just to pause Netflix.  Many people would probably find the Kinect functions very gimmicky but it doesn’t mean that it doesn’t work nor doesn’t have its uses.

I was luckily able to get my hands on a Kinect from a friend and former coworker of mine for use with Extra-Life. After spending time with the device, I realize how helpful it has become not only with streaming (my original use for it), but for the aforementioned purposes.  The controller timeout is a lot shorter than that of the PS4 so you can never get through an episode of “Its Always Sunny in Philadelphia” without having to turn it on again to do something else. The best thing I like about having it is for snapping/unsnapping things such as Twitch. Once I’m finished setting up my broadcast, I can tell it to unsnap which was recently made easier to do on a controller following an update, but the UI is still a little slow for me.

Yes, it is finally done. I have done what my procrastinating brain has told me was impossible. Unlike the PS4, I feel really good about what the Xbox One has become over this past year. Also, it helps to have had some of the other system to kind of shape how I feel about it.  I can definitely say that Microsoft wants do right by consumers and have genuinely made steps to right the ship. As stated before, after the departure of Don Mattrick and the promotion of Phil Spencer, Xbox has been doing very well by my eyes and I am truly impressed. They are adding features to the system on a regular basis and seem to be a little bit more active in the community than Sony and the PlayStation team.