The Major’s Retrospective on the PS4 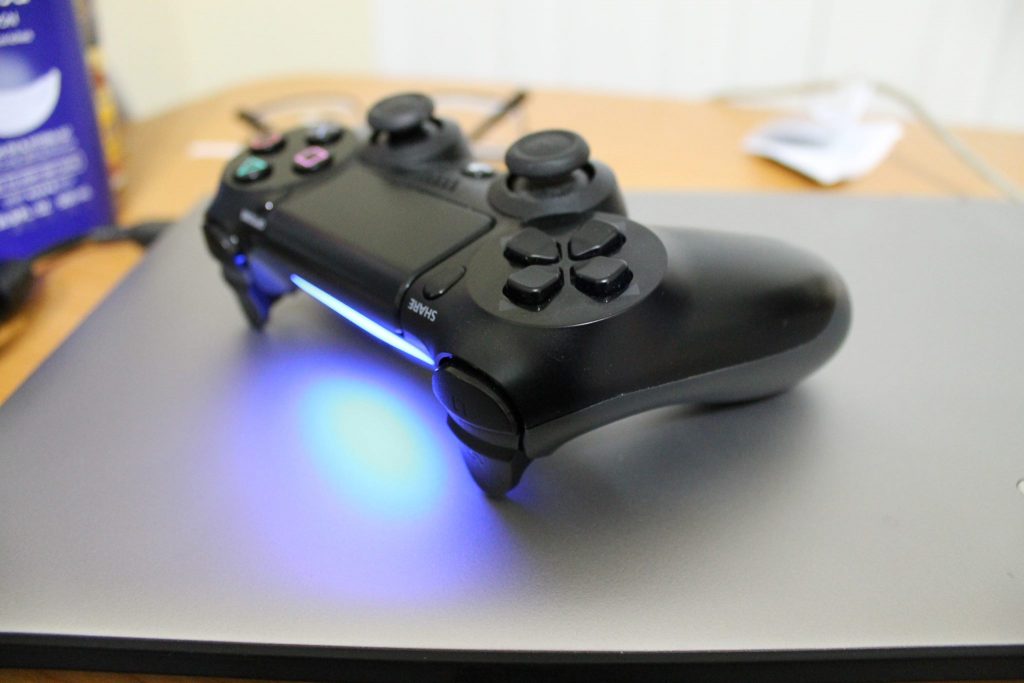 There definitely could have been times during my adult life where this may have been the case. I say my adult life because, as a kid, I wasn’t able to play many video games. I’ve only had the pleasure of reading about them in magazines 3-4 times a year.  It wasn’t until I started college was I able to buy a PS2 for myself and 2009 when I finally joined modern console gaming with a PS3. Yes, back then I was a big Sony fan and Sony could do no wrong. With free multiplayer and technically better specs, the PlayStation 3 was the console of my dreams. Also, Microsoft didn’t make it and those suits could just eat a-

Whoa! Had a huge flashback there. In 2011, that all changed when I decided to give the Xbox 360 a try and decided to grow up a little.  I wanted to begin trying things fairly objectively in order to make more informed arguments and communicate what I preferred as opposed to what I thought was the best.  I would like to say that this has continued to this day.

This post was going to be about both the PS4 and Xbox One but, upon creating a list of pros/cons for both systems, it became apparent that it wouldn’t before to try and condense my feelings for both consoles into one post.  So, this post will focus primarily on the PS4, how it compares to its predecessor and how it stacks up to its more direct competitor (sorry WiiU). So, let’s dive in shall we?

When did you get it?

Let’s start of on how I acquired my PS4. I think its fair to disclose when I acquired both systems as I think it does color my views on the system. The PlayStation 4 was bought on launch day (November 15, 2013) while the Xbox One was purchased over six months later a few hours after Microsoft had their E3 press event (June 9th, 2014).

So, why did you buy your PS4 launch?

Well, let’s start with the most obvious factor why, the price. The PlayStation 4 was launching for $399 while the Xbox One was launching a week later at $499. So, not only did price factor in, but the release date did as well. Personally, I felt that there were more games I wanted to play on the PS4 than I wanted to play on the Xbox One. Killzone: Shadow Fall looked good. Ryse didn’t .Knack looked interesting. Didn’t feel like dealing with zombies in Dead Rising. Now, I’ll give you the fact that Xbox was launching with Forza 5 and Killer Instinct, but it wasn’t enough to sway my inner fanboy and closet conspiracy theorist in me thinking the Kinect might steal my soul or at least try to take naughty pictures of me.

Then, there were the specs. The strange thing is, both systems have the nearly identical hardware in them. CPU, RAM, graphics capability. The one thing that set them apart was initially the type of RAM they used. Sony used DDR5 while Microsoft chose DDR3. Somehow, this made a difference somewhere (I don’t know and even I bought that nonsense). Another thing that kinda took away from the Xbox One was its reliance on the Kinect and how it took away some of the Xbox One’s power in order to make it function properly. This was remedied back in June.

The last thing that sold me on the PS4 at launch was the ability to use the PlayStation Vita as a second screen or screen mirroring via RemotePlay. Later on, I found out that this feature also helps to create a second controller for your PS4. This helped me out a lot as I only have the one controller and sometimes had a friend over to play.

Do you regret buying it so early?

I don’t regret the decision that I made to purchase the system. However, there are some things that I’m not to happy about since its announcement and launch. First thing first, Sony still has the mentality of a great hardware manufacturer. This tends to leave the UI something to be desired.  I’ll give them credit for fixing some of the issues going from PS3 to PS4 and fixing issues with some of the PS4 UI in subsequent updates, but it still seems a little “weird” for me.

Now, while I may thing I’m the most awesome badass on the planet (I’m not and I don’t actually feel this way), Sony has taken it to the extreme and I feel like they are following Microsoft’s Xbox 360 playbook from their launch. Yes, they came in with the big guns win Microsoft was dropping the ball left and right and retook their place as the #1 selling system of this generation to date, but even Sony believed they could do no wrong when they appeared to be taking missteps with botched first party game releases and system updates.  I applaud Microsoft for at least acknowledging some of its issues granted it took them to get rid of somebody in order to do it.

Another thing that I’ m not entirely pleased with is still the inability to resume the game I was playing after waking my PS4 from sleep mode. Now, as I have stated before, I have only owned an Xbox One for just over 5 months while I’ve had the PS4 since day one so I don’t know when the Xbox One received the feature, but at least they have it.  I’ve only been able to have NBA 2k14 replicate the feature for me, but, even then, I have to boot the game cold in order to load the save to put me back in the middle of the basketball game I was already playing.

The last thing I don’t really like about the system that they haven’t seemed to fix is the fact that it isn’t able to be used as a DLNA client.  Yes, they did just get MP3 from USB drive support. Yes, Microsoft just recently allowed their system to be used in such a way. However, why couldn’t either system include it from the beginning. Now, just like  I tell others, we don’t know what kind of constraints engineers and developers had to get these systems up and running for their launches. However, I would have waited an extra few months to at least get some kind of feature-parity with their predecessors.

How you feelin’ now?

Well, since you asked, I’m kind of feeling indifferent about the system.  With all the changes being made to the system and Sony’s attitude toward the lack of features, system-breaking updates and server-related issues, its a hard pill to swallow.  It seems as if Sony doesn’t care as long as they are in first place and are just being fast and loose with what they are releasing.

On the plus side, though, there have been things about the system that I have come to love since I’ve owned it.  The biggest thing for me is the fact that I don’t need any proprietary accessories for party chat on the system nor for recording audio during Twitch streaming.  I can just plug in any headset and go or pop in a USB microphone like my Blue Snowball, set up my PlayStation Camera and begin streaming away without the need to have something in or covering my ears. Speaking of Twitch, that has become a very valuable service as I begin starting to cover more games with my very unique perspective.

Another thing that has come to the system that still needs some work, however, is PlayStation Now and SharePlay.  I think its nice to be able to stream games either from PlayStation (PSNow) or from a friend (SharePlay) to play.  The only way I feel it would get better is if they work out a better pricing structure for PSNow titles and make it more of a requirement for developers and publishers to include SharePlay into their titles.

You, sir, have said a mouthful…

Indeed I have and I’m not finished yet. But to wrap up on the PlayStation side of things, the system is a great system to own.  We can all admit that Sony did come out strong during E3 2013 and during the launch, but they have fallen off greatly with a lot of people, myself included, with the missteps they have taken while being on top.  I don’t think that Sony should be happy with the lead if they want to “win” this thing. I don’t think consumers should also have to take it as well for them (the consumer) to win.  In all, you have to be comfortable with the purchases you make in the end. And, after a year, it looks as if Sony may be dealing with the shit end of the stick because they got cocky their first year out.  I honestly hope that the rest of the PS4’s lifecycle works out for them…

P.S.: Stay tuned for the Xbox side of things tomorrow!!!!!