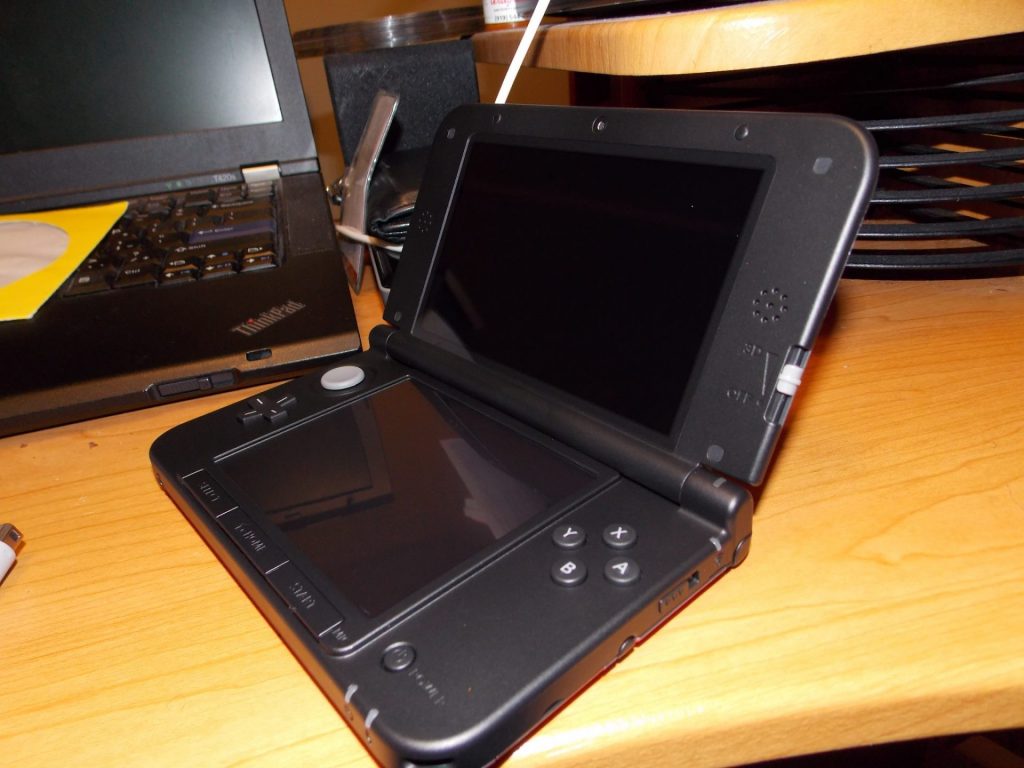 Friday was a hell of a day!

After working 11:30pm the night before to 8:30am (normal hours for my job), instead of going to sleep, I had a few errands to run. My lovely fiance left her work badge at home so I had to go take it to her and this started the snowball that was the 3DS journey.

After dropping off her badge, instead of going home, I decided to take a detour to what I had determined was the closest GameStop.  I was headed there with the intention of only buying Tom Clancy’s H.A.W.X. as I had not to long ago played the hour-long demo on provided by PlayStation Plus.  As I’m a fan of aerial combat games, I had to buy it (but more on that later).  Once I was in the store, I started looking around at all the consoles, used and new, they had in the store.  I know the one thing that I wanted that I didn’t have was a 3DS and seeing how more people have that than a Vita, I figured that I should probably get one as well sooner or later.

After I purchased my game and was heading home, thoughts were racing through my head.  I was thinking that due to some extra money I had earned from my job, I could possibly swing the purchase of one but quickly decided against paying for it outright.  I am paying for a wedding, you know.  So I began cooking up schemes that could get me a 3DS.  Maybe it was because of the lack of sleep (remember, I was working since 11:30pm the night before and really had been up for a few hours before then), but I came up with what I thought was the ultimate solution…

I WAS GOING TO SELL MY XBOX 360 to pay for it.  I figured because I wasn’t going to be paying for Xbox Live anytime soon, the system was just collecting dust downstairs.  I could sell it now, get the 3DS and when I wanted to play it again, I would just buy another one and call it a day. I figured that would work because by the time I would want to play my 360, the new system would be out, the price would have dropped on it and I wouldn’t be paying for a wedding anymore.

There was one thing stopping me from acting on such an impulse…time.  I didn’t really have much time to move on the plan as I had other things on my plate like getting a haircut and actually going into the office for a meeting.

By the time all that was over, the dream kind of died down a little bit as I was thinking about other things and kind of forgotten about it.  It wasn’t until I got home that I remembered that I had such a crazy plan and with no other plans stopping me, I began to act.  I called the GameStop closest to my house to get a quote if I were to sell it to them. I then observed on their website that they sold broken systems as well and asked them about the PS3 that died the day before the PSN came back online from the hack. They provided a quote that was so favorable that I didn’t really have to sell my 360.

After consulting with my fiance, I decided not to sell the 360 but sell the broken PS3 along with several games that I have beaten or have no interest in playing anymore.  I through them all in a bag and drove over to the mall and let them have at it.  After everything was said and done (I had to drive back to my house and grab cables for the broken PS3 including the HDMI cable that was connected to the 360), I was able to walk out of the store with a brand new Nintendo 3DS XL (thanks @Ind1fference for the suggestion) and a used copy of Super Mario 3D Land (my thoughts about it here) for about $45 which I feel really happy about.  I don’t ever think I’ve bought a system (portable or not) for full retail, which in my opinion, is truly dope!

Hopefully, I’ll have a review up soon as this was supposed to be the review but ended up being my harrowing tail to obtain the 3DS!