It at least looks beautiful. But to me, in its current state is all it is, beauty.

Canonical has just released a touch developer version of its announced Ubuntu for Phones and Ubuntu for Tablets. For the time that I actually spent with it, it was pretty good until I realized that there really isn’t much going on with it and nothing you can really do with it.

Installation isn’t really that much of a pain.  The first thing you are going to need for it to work flawlessly is a Nexus device that is still relevant (Galaxy Nexus, Nexus 4, 7 and 10).  The next thing is you’re going to need is the install medium.  For those users who are running Ubuntu, its actually something as simple as installing a package and running a program.  For those who aren’t running Ubuntu, you can install it just like any other ROM. 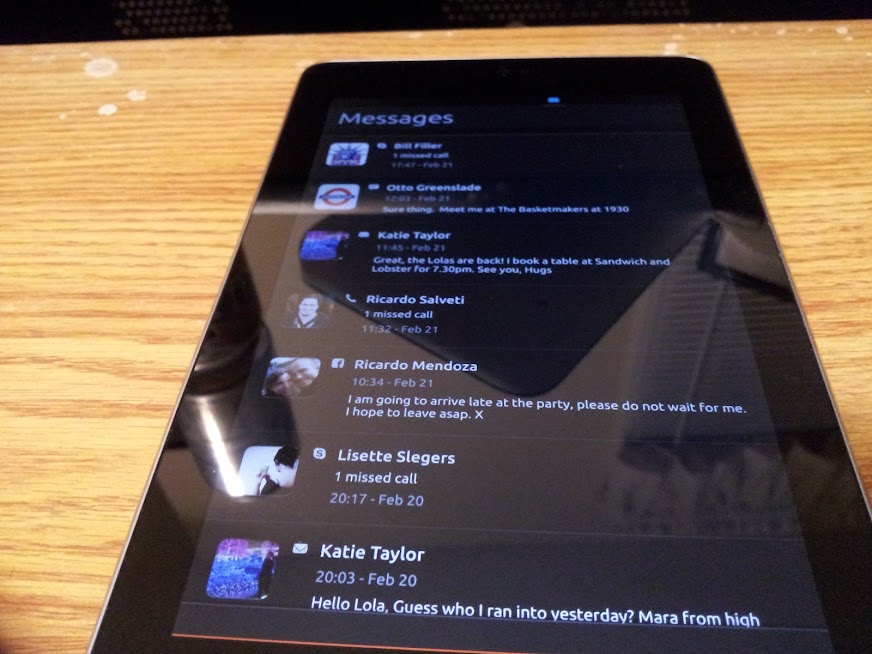 The UI for the preview is pretty nice.  You can see where Canonical is going with the OS and how they want to make it more of a consumption device for users similar to a Kindle or Nook.  You can still send emails, Facebook messages (and texts and calls from a phone) and its handled by a convenient central messaging app. 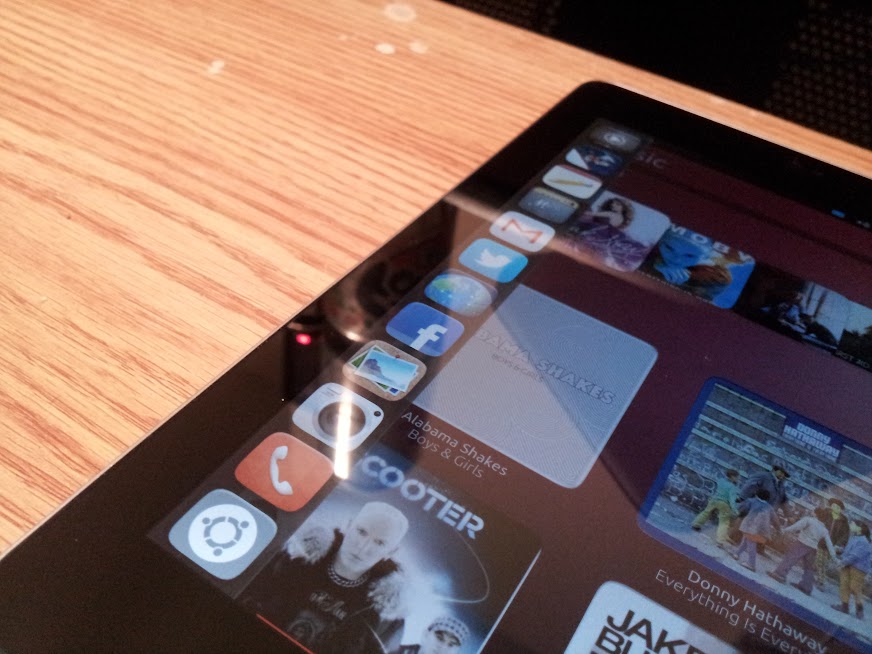 Seeing as there is a lack of buttons on the Nexus devices, most of the actions that you will be performing will be in the form of swipes.  Swiping from the left edge to the center will bring up a quick launch bar for some apps. 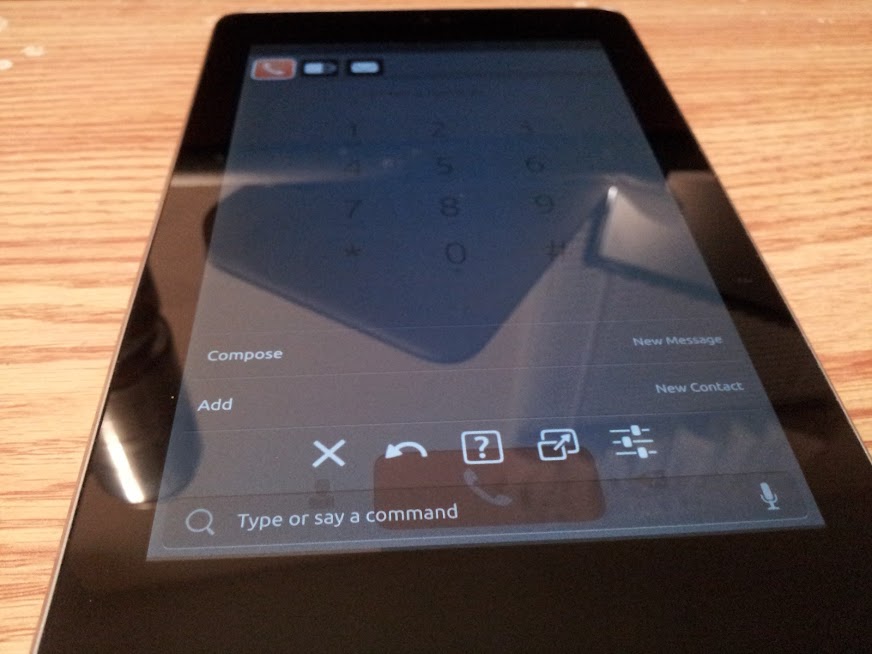 Swiping from the bottom edge to the middle while in an app will bring up a menu for the app along with icons that signify other open apps.

Swiping from the right edge to the middle will cycle open apps similar to Windows 8.  With this action in particular, I wonder if this is what they’ll be using this version of Ubuntu or a desktop/tablet hybrid version of it for a lot of laptops and all-in-ones hitting the market that are taking advantage of Windows 8 touch features.

There is a search button in the top right to look for apps and content and their are other quick settings you can access by placing your finger on the icon and swiping down from the top task bar (which is kind of difficult with the icons being small and my fingers being quite meaty).

What’s Wrong With It

As I’ve stated before, it looks great, but that’s about it.  It does function well, but this isn’t what you would use as a daily driver (something to use day-to-day).  A lot of people are stressing this and I see why.  There is a lot of information pre-filled in.  The lockscreen (or at least that’s what its supposed to be) was telling me that I had 14 new tweets and i just booted the thing for the first time.  Its almost like the cellphones you see in Wal-Mart where they have the sticker of the UI on it. Essentially the build Canonical released is an interactive version of that.  Things are already filled in, conversations have already been had.  I was able to add some contact information for myself, but, obviously, nothing happens.

Also, it looks as if the experiences are different according to the device you are using.  Watching The Verge use it on a Nexus 10, I was surprised they actually had multiple user support on theirs while mine seemed to lack that.  Now, I do understand that with multiple form factors, not everything will be the same mainly due to size constraints, but at least Android does have the same features between devices of multiple sizes (even though it didn’t about a year ago).

All in all, Canonical seems like they may be headed in the right direction.  There are clearly a lot of things they need to work out on their end, but it is understandable why they put this out.  They are essentially trying to get users and supporters of Ubuntu excited about moving away from the computer and just getting mobile period.  They are trying to get developers on board to come up with great apps so that way they can justify actually going through with this venture.

If you want to see the future and have a Nexus device, go right ahead.  Its not difficult to do and I imagine you might enjoy it…Just not for long…