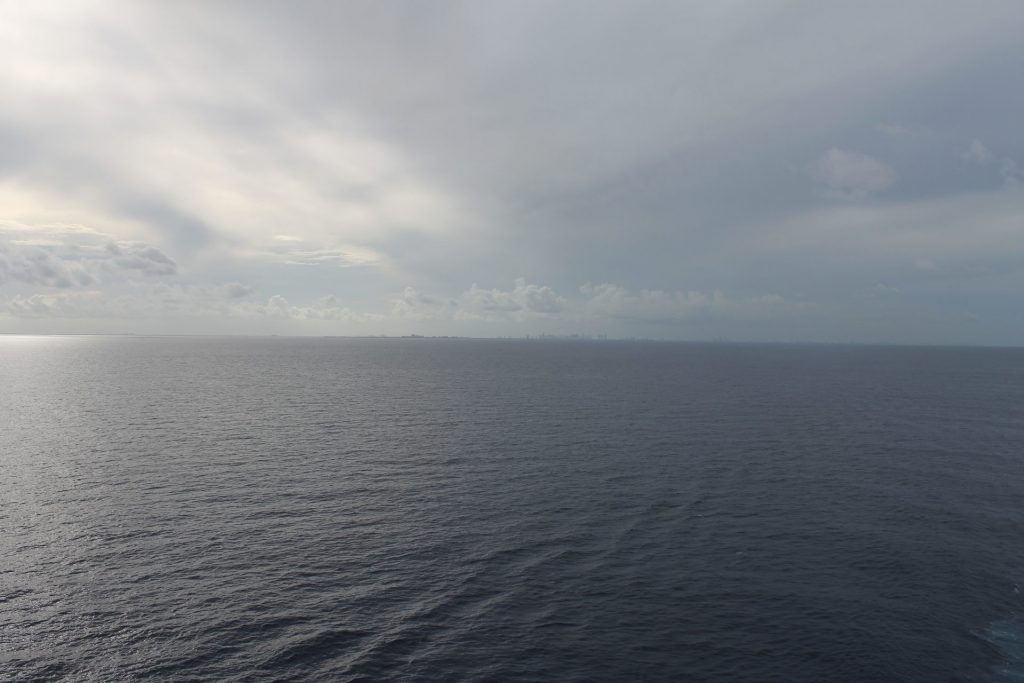 I was taking a nap earlier. I was awoken by Tiffany as she got up and started moving about the cabin. That wasn’t the thing that was bothering me, though. Shortly after waking up, I noticed that was rocking left and right while lying in bed. It was then I noticed we were starting a gradual turn which is still happening at this moment, about an hour later.

Since then, I had left my cabin (housekeeping needed to get in) and came up to the one of the pools. After trying to salvage the rest of the nap, I decided to give up. What I was still noticing was that the ship was still rocking.

Before getting on the ship, I was of the idea that the ship was too big to rock in such a way. I thought the water couldn’t have even this much power against the boat. Apparently, I was wrong.

It got me thinking, something as small as the waves in the ocean has the ability to move a ship as large as this. It kind of changed my perspective on something. I have always been of the belief that no matter what we are told, the small forces can’t alter a huge force. Boy, was I wrong, but not completely.

I still believe that small actions cannot change big things (at least not as fast as most would like for it to). However, just like the boat is for me, I believe the bigger thing can be the vehicle for the change for other small components related to it.

But, then again, maybe that’s the whole point.