Everyone Has the Right to a Bad Day… 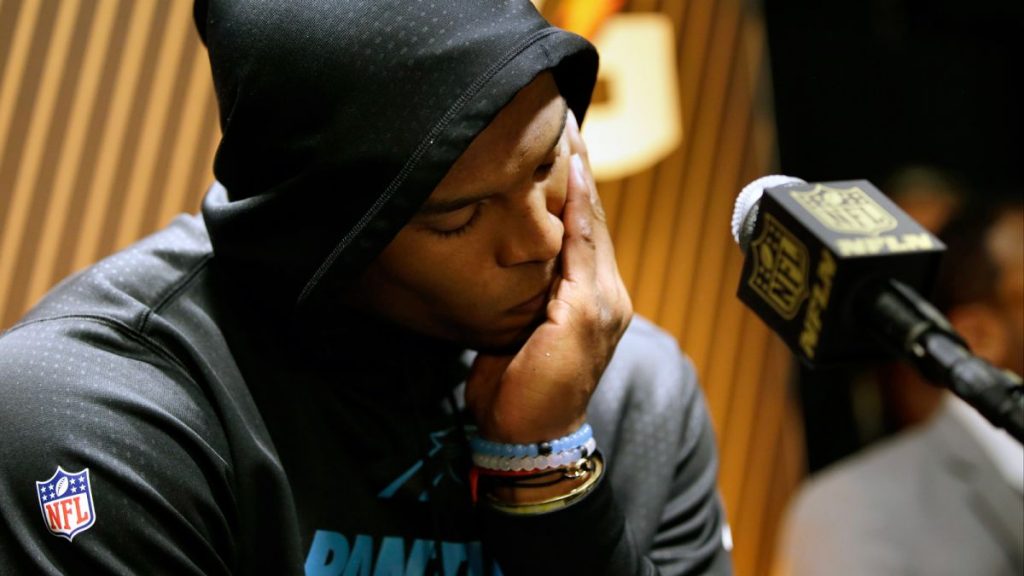 Have you ever had a bad day?

Of course you have! That has to be one of the dumbest questions I have ever asked (it isn’t but just roll with it).

I’ve seen a lot of posts, videos, and commentary about what happened with Cam Newton after the Super Bowl. I’ve heard both sides arguments and, while both have good points, I feel like I have to say something.

Now, I’m no Super Bowl quarterback. I mean, the only football I played has been on my couch (currently training now to win money for Duke Children’s Hospital). But I do know what it feels like to be constantly counted on. I know what it feels like for everyone to look at you when even the smallest thing is wrong because everything is supposed to work.

Some jobs aren’t easy. With those jobs, everyday is a celebration or a dab-able moment when nothing goes wrong that day. But when it does, you’d be glad you didn’t throw a chair clear across your office. Of course, during regular jobs, it would look weird when you celebrate that something went right that day. But when shit hits the fan, that hits you hard.

I’ve had one of those days. One wrong keystroke made a server completely useless. Its times like this you realize that there is a lot of weight on your shoulders. Its something that I have lost sleep over as I’ve never been the sole person in charge of keeping various sites online other than my own. I’ve never been emailed by angry people because of a simple mistake. Even now, I’ve contemplated leaving because I sometimes feel like I can’t deal with that kind of pressure.

And I know for a fact that there are other people who have it worse than me. Doctors. Lawyers. Fuck, even students have it bad. Imagine how it would feel if you studied hard in a class. You pass every quiz. You pass every test. Then, when the big day comes, you bomb the shit out of your finals.

So, I refuse to set idly by just letting people rag on a public figure. That’s all people seem to do nowadays. Everybody is always looking for someone to blame and never want to look at themselves.

But what do I know? Its only 1:00am and I’m only writing this because I can’t sleep again. At least its better than throwing that chair, right?