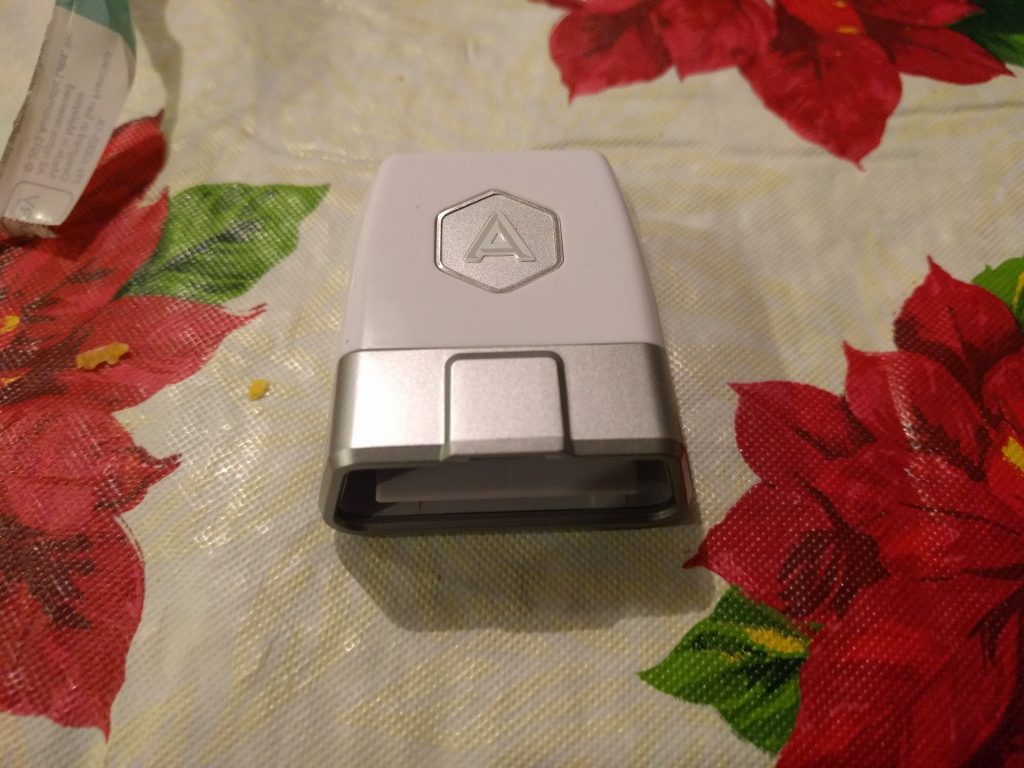 Today, we live in a world where everything is smart. You have your smartphones, smartwatches, and even smart appliances. I’d be remiss if I didn’t mention the Smart car, but that’s not as smart as other smart cars. Nowadays, you can buy the top of the line model of almost any car on the market and it’ll provide you with so many hooks into the Internet. Some will just give you nice graphs about how your car is performing. My entry model 2015 Toyota Camry at least does that.

But for those of us who cannot afford the top of the line models, who want some of the Internet hooks in our cars, we normally have to go wanting. Maybe I would like to have something to can give me a little more context as to how I’m actually driving. Maybe I would like to have someone know where I am to give them a little more peace of mind. Perhaps, if I’m in trouble on the road, I can let the correct people know and they can send help to me.

Luckily, there is a device that achieve this. This device is called the Automatic made by, uh, Automatic. This device is a Bluetooth-enabled sensor that plugs into your OBDII (On Board Diagnostics) port.

This port can be found in most modern cars. In fact, it was required to be in all cars starting January 1st, 1996. It is also required to be within 2 feet of the steering wheel which makes it easy to find in most vehicles.

Even with the port easy to find, it wasn’t that easy putting in the Automatic. If you are a big and tall (mostly big) person like myself, you will find it hard to contort in such a way to find the port, let alone actually plugging the device in. Its even more difficult to do this at night when its really cold outside.

Once you get the device plugged in, you open up the app and follow some instructions which will assist in getting the firmware for the device up to date and properly synced. Because information is coming out of the OBDII port, your Automatic will automatically detect what car your driving along with VIN number. Once everything is set up, your off to the races.

I have found that the device is very helpful in understanding how I can be better driver.  On the main screen, I can easily see information about the current week (which starts on Monday). I can see how many miles I’ve driven, the amount of hours I’ve been driving, the estimated fuel costs for the week, and my weekly MPG. It provides the fuel cost by estimated how much a gallon of gas costs in the area that you are in. They have stated that it may not be as accurate as you want because they don’t know how much gas was at your particular station and, in some cases, cars won’t report how much gas is actually in the take. I have to deal with both of the issues as Toyota does not provide that information to the Automatic sensor.

It also provides me with a driving score. This score is determined on how well I drive. Just like your professor tells you, you start off with an 100 average, but it gets knocked down if you start slacking off. The main things that trip you up are hard breaking, hard acceleration, and how many minutes you stay over 70 MPH. Clicking on that score will give you your daily scores, your driving events (what dinged your score) and where you are compared to other Automatic users.

Back on the home screen you can see where you parked your car and below that you can see past trips you’ve made. What I really like about that part is when you scroll the app up and down, the car on the left side will glow its headlights or taillights based on the direction the car is perceived to be going. You can also switch weeks so you can previous trips you have made over the ownership of the sensor.

In the settings app you can, there’s a button you can click to find more apps that can be plugged into Automatic. This will take you to Automatic’s website to show you which apps use the Automatic API to feed information into their app. IFTTT (If This Than That) is a good for automation of a lot of tasks like emailing a mechanic when your “Check Engine” light comes on or texting your significant other that you left work.  There are other apps that help track vehicle expenses and some for teen drivers that may do more granular critiquing of their driving skills.

The sensor and app also serves as a crash alert system if you happen to be in a major accident. During setup, it will ask you to give them up to three contacts you would like to alert in the event of a major accident. Upon doing that, it will then text those individuals to let them know they have been selected for the service.  I don’t know how well the service works and I intend not to actually find out.

When doing some research on this post, I decided to look to see if there was a web application for Automatic and I was not disappointed. It is more of the same information that you would find on the app, but presented on a bigger screen which can allow for and even deep understanding of what’s going on with you and your car. There are also cool labs that are available where you can see your year in review (kind of a bust for me since I bought my sensor in 2016 and they only have 2015 available) and heatmaps so you can see how often you spend time in a certain area based on where the sensor says you’ve parked your car.  There was even a hyperlapse feature which stitches Google Street View images together to show you were driving using the service.

Now, as many of you know, I use Android as my phone OS of choice and this has some caveats when using Automatic. At first, I thought there was no streaming support for Automatic at all until I did a little digging. What I mean by streaming support is the ability to use Automatic actively as opposed to waiting until your drive was over before Automatic did something. Streaming support is there but mainly only iOS developers have created apps using the functionality. These apps can give you real-time performance data and metrics on your car. This is something that I wish I had known before picking up the device but figured most people who were talking about Automatic were probably using iPhones to begin with. They have stated that they are working with developers to get streaming apps available on Android.

While you can’t see anything happening in real-time on Android, both iOS and Android users are treated to the friendly beep system that the sensor has built in. Depend on things that you do to the car from turning it on to the naughty things that knock your score down, the device will beep at you with distinct beeps. However, they aren’t that distinct and it could be a little annoying as you don’t know what you exactly did or if the device lost connection to your phone. You can hear examples of the tones in the Settings menu, but that can only get you but so far.

Another thing that may be annoying to people who drive multiple cars is that you cannot remove the sensor from one car to the other and just drive off. You will have to go through the setup process each time you move the car in order for the sensor to recognize the vehicle. You can, however, connect more than one device to the same sensor. This could be helpful if you want the whole family to play along and see who is the better drive or you are curious about how your child drives when you’re not around.

Given the few shortcomings that are on Android, I do like what Automatic is trying to do. It has made me a little more self-aware to how I’m driving and is actively making me think about what I can do behind the wheel to improve my driving habits. For $100, the Automatic is totally worth it. Now, if only I could get some real-time stats showing, I’d be in business.

I probably will be writing an update to this post with more information after testing it out with an iPhone (probably my wife’s).